Explore the incredible ancient Mayan city of Chichen Itza! Travel Guide with transit time, tours, the pyramid, beyond the pyramid, Mayan History in Mexico, and more! 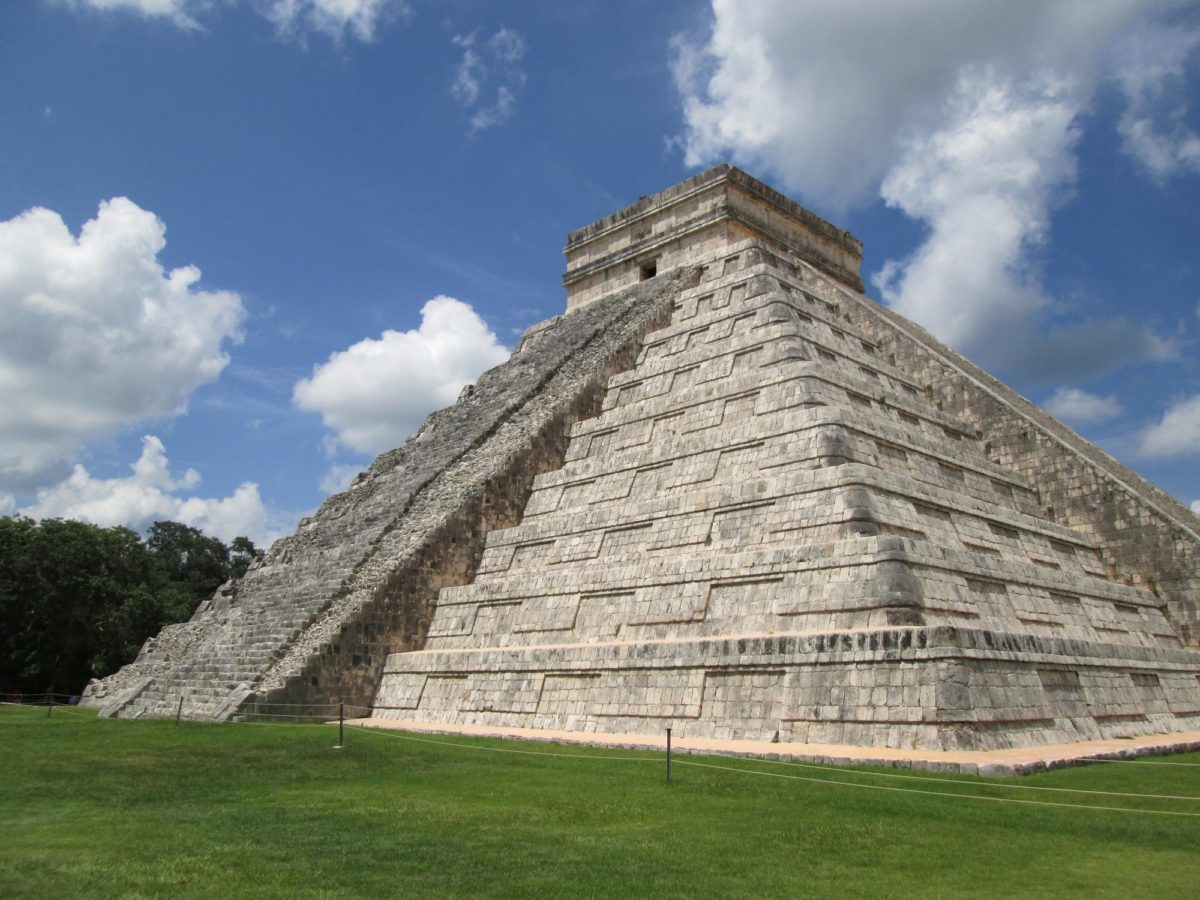 Art, Museums, History, Science, Natural Wonders, and Archaeology are a few of my favorite things!  So what could be better than an archaeological site full of art, culture, science, an ancient pyramid, an astronomical observatory, and more located in a jungle? That was my motivation to spend the day at Chichen Itza Mayan archaeological site.

The Chichen Itza site is located in the Yucatan state of Mexico, the nearest village is Piste (pronounced pis-tay).  Our adventure started in Cancun, Mexico on the far East coast.  The cheapest way from Cancun to Chichen Itza is by tour bus, it is also the slowest and most restrictive.  We skipped that and arranged for a private car through our resort, paying $250 USD for private driver all day including fuel.  Slightly more expensive, but we set the schedule and our little car passed all the buses so we arrived before the crowds.  By car, it is a 2 hour drive using toll roads, or an extra hour to avoid the tolls.  Tolls are charged by type of vehicle, meaning that our private car paid approx $500 pesos for both tolls (approx. $42 USD) but van or bus is more expensive.

Once we arrived on-site at Chichen Itza, we hired a private tour guide as an additional fee beyond the site entrance admission charge.  Our guide is of Mayan ancestry (which is really obvious by looking at him) and his family has lived in the nearby village of Piste for generations.  Victor spoke English, Spanish, Mayan and several other languages.  For $750 pesos ($62.50 USD) we had a private historian, archaeologist, comedian, linguist, photographer, and guide for the next 2 hours.

El Castillo is the pyramid that most people associate as the main focal point of the site.  Unfortunately, the site is so popular, they now restrict tourists from hiking the pyramid to avoid damage to the site.  Walking around the structure and the full site is still quite impressive.  Clapping at the base of the pyramid makes a quacking sound like a duck.  The light at Spring & Autumn equinox casts a serpent shadow of the side of the steps, making these 2 days (usually March 20 & September 22) the busiest days at the site.

Just north of El Castillo is the Great Ball Court, with Temple of the Bearded Man on the North side and Temple of Jaguars on the East side of the court.  Clapping inside the Great Ball is amplified and has a strange echo quality.

There are multiple smaller pyramids that make up the Osario group.

The Osario, skull platform, the great ball court, and the Temple of the Warriors are all closely grouped near El Castillo.

Surrounding jungle protected the site against natural disasters and damage, and the site is now well-groomed for tourists and archaeologists.  Many detailed carving are still easily visible throughout the site.

El Caracol is the astronomical observatory and my favorite building on-site.  It is a square foundation with a round topper that looks like modern day telescope buildings, except that it was built between AD 600-1200, the exact century this building was constructed is only one of the great mysteries surrounding it.

Chichen Itza is a marvelous historical and cultural attraction that is well worth the visit.

The site opens at 8 am with various afternoon and evening events.  Due to heat and humidity summer is the low tourist season.  Summer visitors need to remember to drink plenty of water, wear sunscreen, and many folks bring umbrellas or parasols to protect from the sun rather than hats.  December is the busiest month for tourists, so try to arrive early and beat the tour buses.