Our first response is to blame the airline when air travel goes wrong. Let’s look at five common air travel woes and determine who is at fault, and what you can do about it! 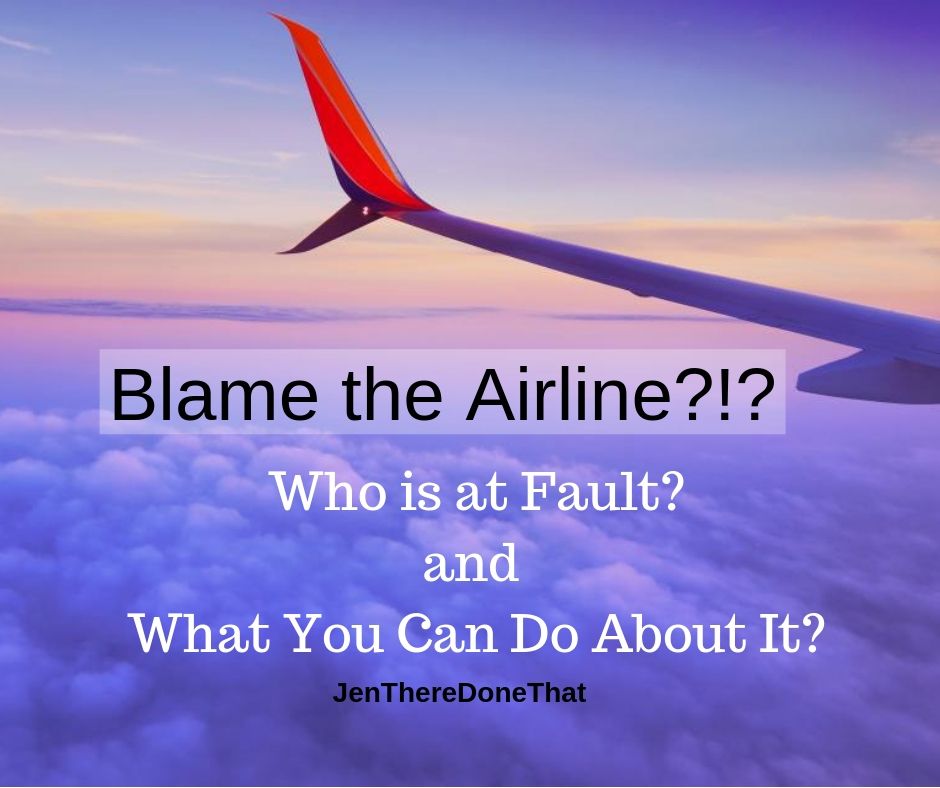 Late flight?  Stuck on the tarmac?  Lost luggage?  Something missing from your luggage? Cancelled flight?

These are ALL an annoying part of air travel.

As a frequent flyer, and former airline employee (focused on baggage handling technology), I am amazed at everything travelers blame on the airline.  Some things are absolutely the airlines fault, such as giving your seat away, bad service, and rude employees! But airlines give blamed for everything, even the other problems that aren’t in their control and definitely not their fault.

Our first response is to blame the airline when air travel goes wrong. Let’s review five common air travel woes and determine who is at fault, and what you can do about it!

Make sure the next time air travel is less than perfect that you direct your frustrations in the correct direction.  Above all, be polite, factual, and understanding who is to blame.

When it is the airlines fault, they may have financial responsibility to accommodate you on another flight, hotel accommodations, food vouchers, and other compensation. Be sure to ask!

Want better service when it is the airlines fault (or not)?  Join the frequent flyer program and rack up a few trips.  Flying with status can go a long way towards better service, free checked bags, first class upgrades, lounge access, and many other great perks!