My favorite, and the most luxurious theater in Phoenix is the Orpheum Theater in downtown Phoenix.

Home to performances from the Phoenix Theater League, comedians, and high quality shows. Capacity is less than 1400 seats, which means there really are no bad seats.  Even mediocre views are easily avoided by skipping the last 10 rows lower level or last 5 rows on the balcony. 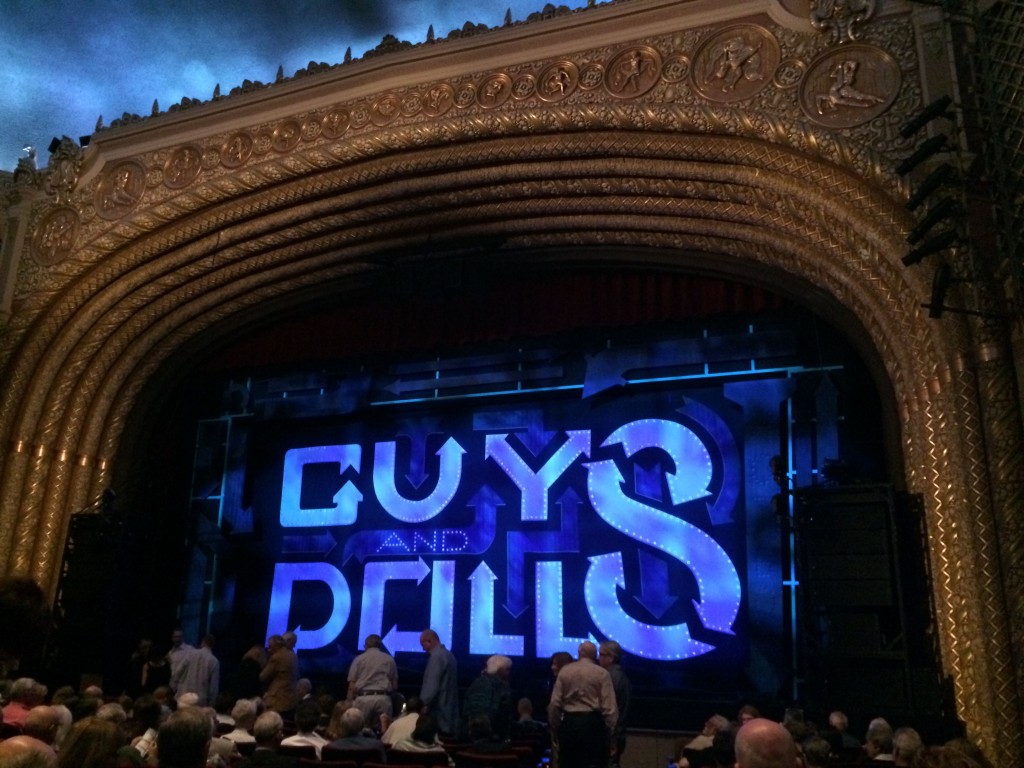 Originally opened in 1929 in the Spanish Baroque architecture style, the 1997 restoration gave the theater amazing acoustics and modern lighting while keeping the Roaring 20’s class.  The theater itself is beautiful, with new details inside and out to be discovered during every visit.

The seat rows are a smidge close (not as much leg room as Phoenix Symphony Hall).  Seats on the interior aisle are a great option for taller people or anyone needing a little more room. 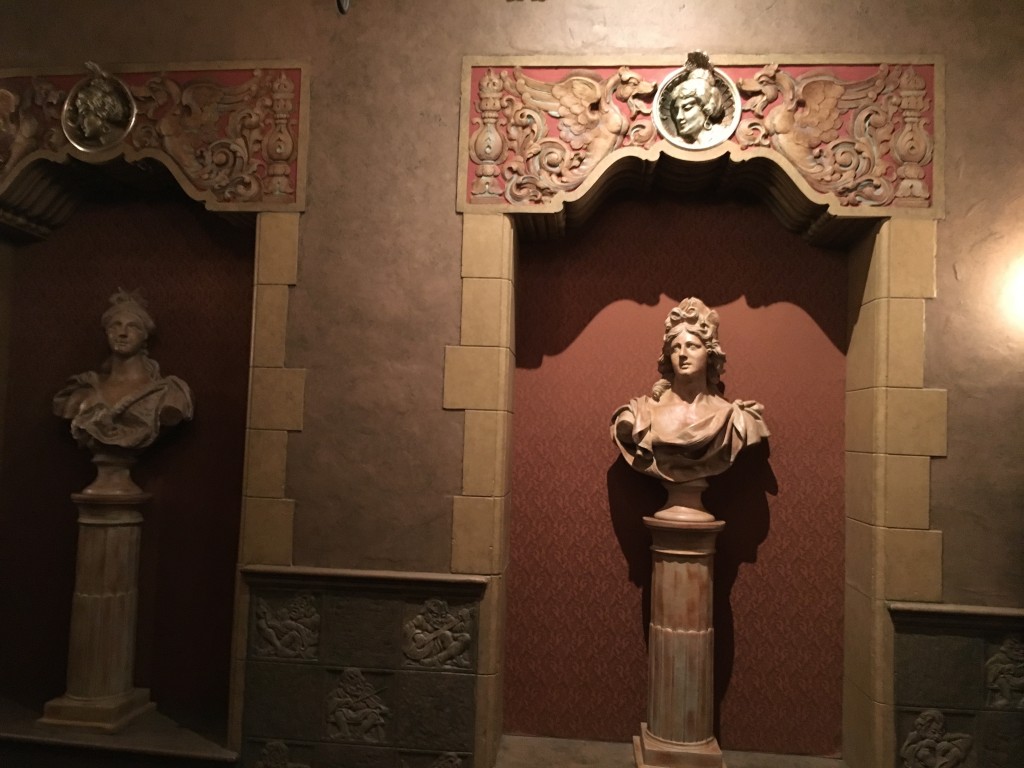 Beverage bars serving wine, coffee, and light snacks are open before and during intermission for performances. The bathroom lines tend to be short and fast moving.  Every comfort is provided in the Orpheum.  The ground level lobby is small, venture downstairs to the lower level bar (not always open), large area for mingling, and restrooms. 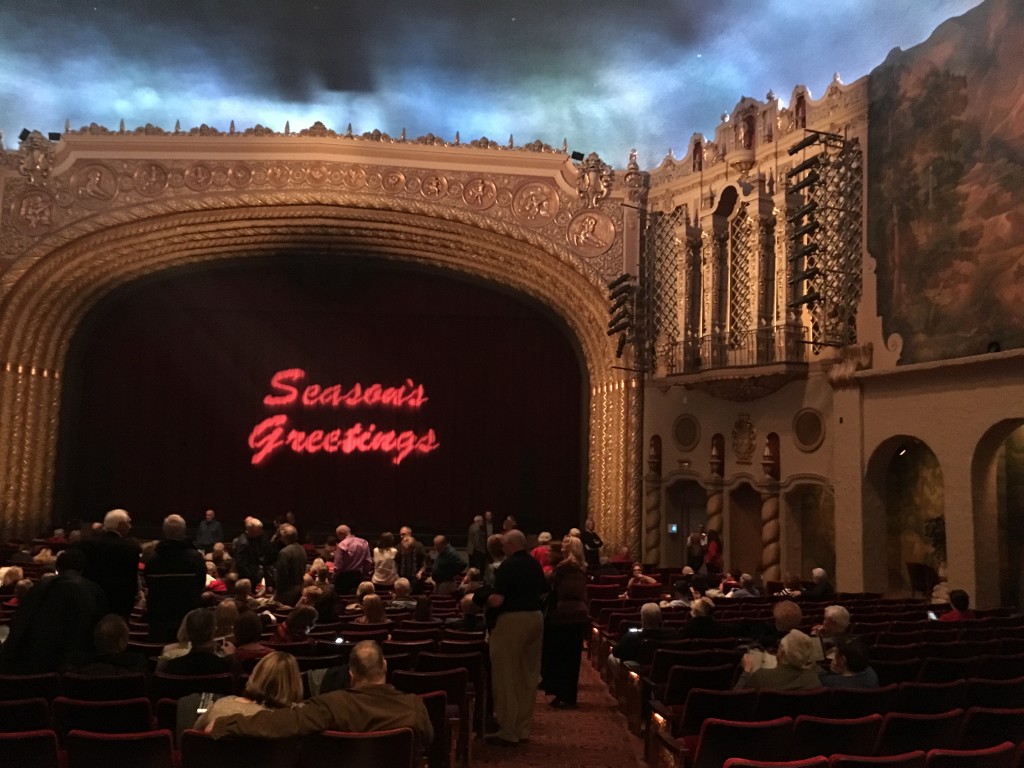 Performances at the Orpheum are a great excuse for date night, family afternoon matinees, girls’ night out, and more.  Incorporate one of the nearby restaurants for the perfect dinner and a show event. 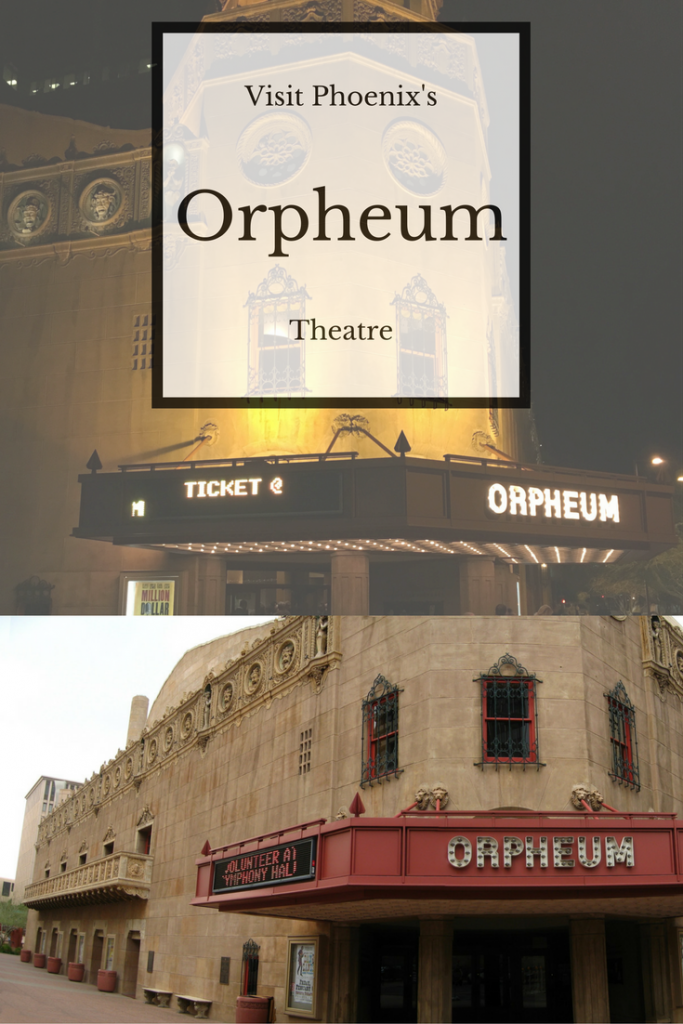 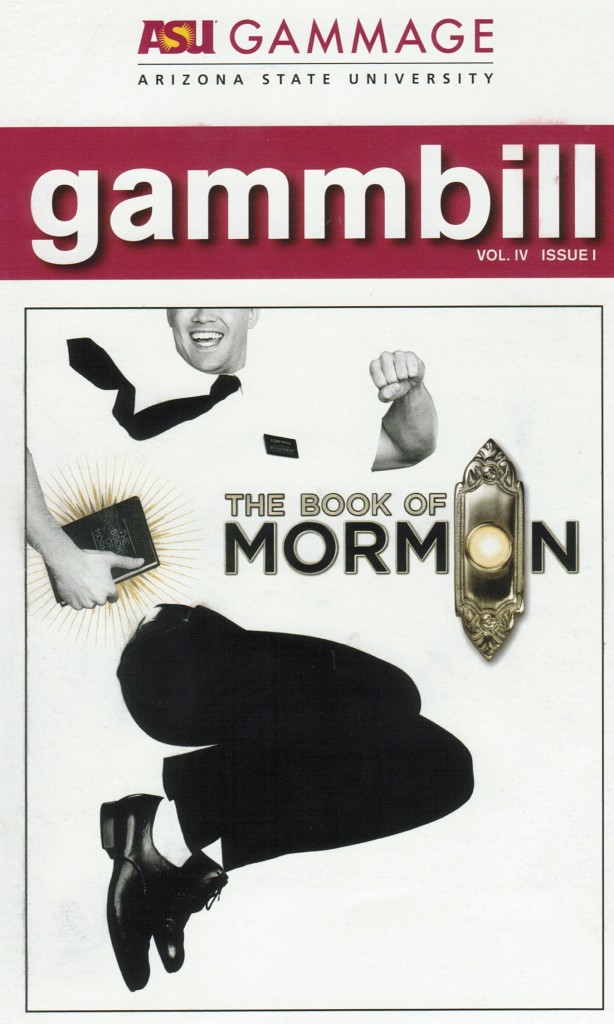 The story begins in the Missionary Training Center with the opening song “Hello” that was also the 2012 Tony Awards opening act.  After completing training, the missionaries receive their location and companion assignments for the next 2 years.  Our leading missionaries, (Elder Price and Elder Cunningham) are assigned to Africa, which prompts a heavy sprinkling of Lion King jokes and references throughout the performance. END_OF_DOCUMENT_TOKEN_TO_BE_REPLACED

This production was enjoyable.  The chorus, costumes, and choreography were fantastic, and the orchestra impressive.  Roxie was cast well. Amos stole the show (as he should) with Mr. Cellophane.  The apparently famous person playing Billy Flynn owned the character, and the unique inclusion of the orchestra conductor as a character with comic lines proved a pleasant addition. END_OF_DOCUMENT_TOKEN_TO_BE_REPLACED

Gammage has a seating capacity of over 3,000 spread over lower level Orchestra and two balconies, referred to as Grand Tier (lower balcony) and Balcony (bring binoculars, it is nosebleed).

Seating is Continental style, with no center aisle.  Lower seat numbers are closer to center, and the higher the number the more people will climb over you to get to their seats.  There are very few seats that can clearly see the stage and hear the show thanks to poor acoustics.

Designed by Frank Lloyd Wright, the exterior resembles a fancy decorated cake from the side, and toilet bowl from overhead. Next time you fly into Phoenix Sky Harbor (PHX) airport, look for the toilet bowl shape near the Giant A near ASU campus.

END_OF_DOCUMENT_TOKEN_TO_BE_REPLACED

The Jukebox Musical Theater genre is growing on me, if for no other
reason than its combination of absurdity and audacity.

The genre takes somebody else’s already popular and well-known musical
body of work, weaves an (often contrived or minimal) narrative around
it, adds some choreography, costuming, and stage work, and delivers it
as a theatrical production.

Considering that a good rock-and-roll live show already includes
choreography, costuming, and stagework, it becomes clear that a Jukebox
Musical is really just extremely clever marketing to significantly
increase the ticket price of a cover band or retrospective musical
review.  Bully for them — bring on the clever marketing!

No rock band ever won a Tony Award for their live tour, but repackage
the songs of that same rock band, performed by others, as musical
theatre, and a trophy will be awarded in short order.

Buddy (the Buddy Holly Story) delivered the best that the Jukebox
Musical genre can offer.

The clever mechanism of radio show snippets for timeline advancement
made for rapid progression with minimal need for set changes or chorus
ensemble.

Its biggest miss was the use of chorus girls singing ad jingles during
the first act, which seemed out of place and a bit contrived for the
production as a whole — a good idea that wasn’t executed or implemented
to fruition.

The impersonator (er, actor) playing Buddy Holly was fantastic, as were
those playing the lesser roles of The Big Bopper, Ritchie Valens, and the
Crickets.  The music was wonderful.  Costumes were appropriate but not
particularly noteworthy.

Buddy made me wish I could have seen Buddy Holly perform live, or at
least, take in a good Buddy Holly cover band.